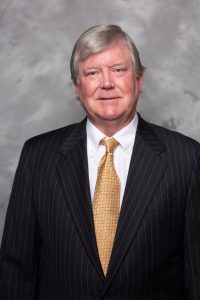 Ralph E. Chapman was admittedto the bar in 1974. He received a B.A. in 1972 from Mississippi State University and a J.D. in 1974 from the University of Mississippi.

Ralph E. Chapman founded and is a named partner of CHAPMAN, LEWIS & SWAN in Clarksdale, Mississippi. He was a Captain in the U.S.A.R. and has over 30 years as an IFR multi-engine aircraft pilot rating.

Mr. Chapman has helped individuals receive the maximum compensation for their injuries and helped families recover for the deaths of their loved ones.

Mr. Chapman is especially active in recreational vehicle litigation. He was lead plaintiffs’ counsel in numerous ATV cases and other complex product liability and medical negligence cases. He was appointed to the Plaintiffs’ Executive Committee by the U. S. District Court of the Eastern District of Missouri in Re: Genetically Modified Rice Litigation which resulted in a settlement of $750,000,000 in 2012.