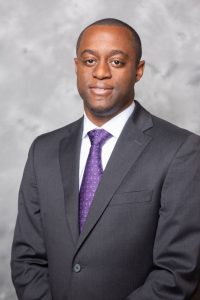 Oliver Clark, Jr. was born in Clarksdale, Mississippi. After graduating High School, he attended Tennessee State University where he earned his undergraduate degree in Political Science. He received a Master of Legal Studies Degree from Southern Illinois University in 2008. He also received his Juris Doctor Degree from Southern Illinois University School of Law in 2012 where he was a member of the Moot Court Board Mock Trial Division.

While in Law School he received the Thurgood Marshall Award and the Julius A. & Norman H. Johnson Scholarship.

Oliver joined Chapman, Lewis and Swan as Associate in 2012 His primary area of practice is General Civil Litigation. Oliver is admitted to practice law in all states courts of Mississippi and Tennessee. He is a member of the Coahoma County Bar Association, The Mississippi Bar Association and the Tennessee Bar Association. He is also an active member of Omega Psi Phi Fraternity, Inc.